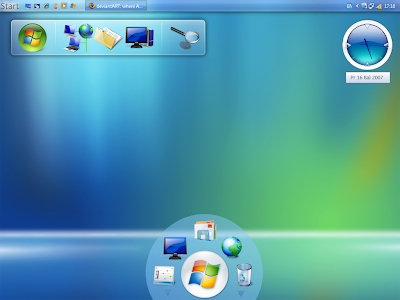 Microsoft lunched their new demo version OS of Windows 7 which also known as Blackcomb and Vienna. Windows 7 is expected to be released between 2009 and 2010! However I don't think it will be available before 2010 since they still focusing on the marketing of Windows Vista.
The demo version demonstrates the added features on W7 that includes multi touch interface were users can move and interact with the objects on screen!! --> which is obviously the concept and technology used in apple Iphones and their new Ipods!
W7 also included other features like virtual piano program, more advanced paint program where users can paint with their fingers, and Windows health center.
ÞöšŧëÐ þÿ Technogal ãŧ 7:50 PM
Email ThisBlogThis!Share to TwitterShare to FacebookShare to Pinterest
Ļäßëlš: Technology